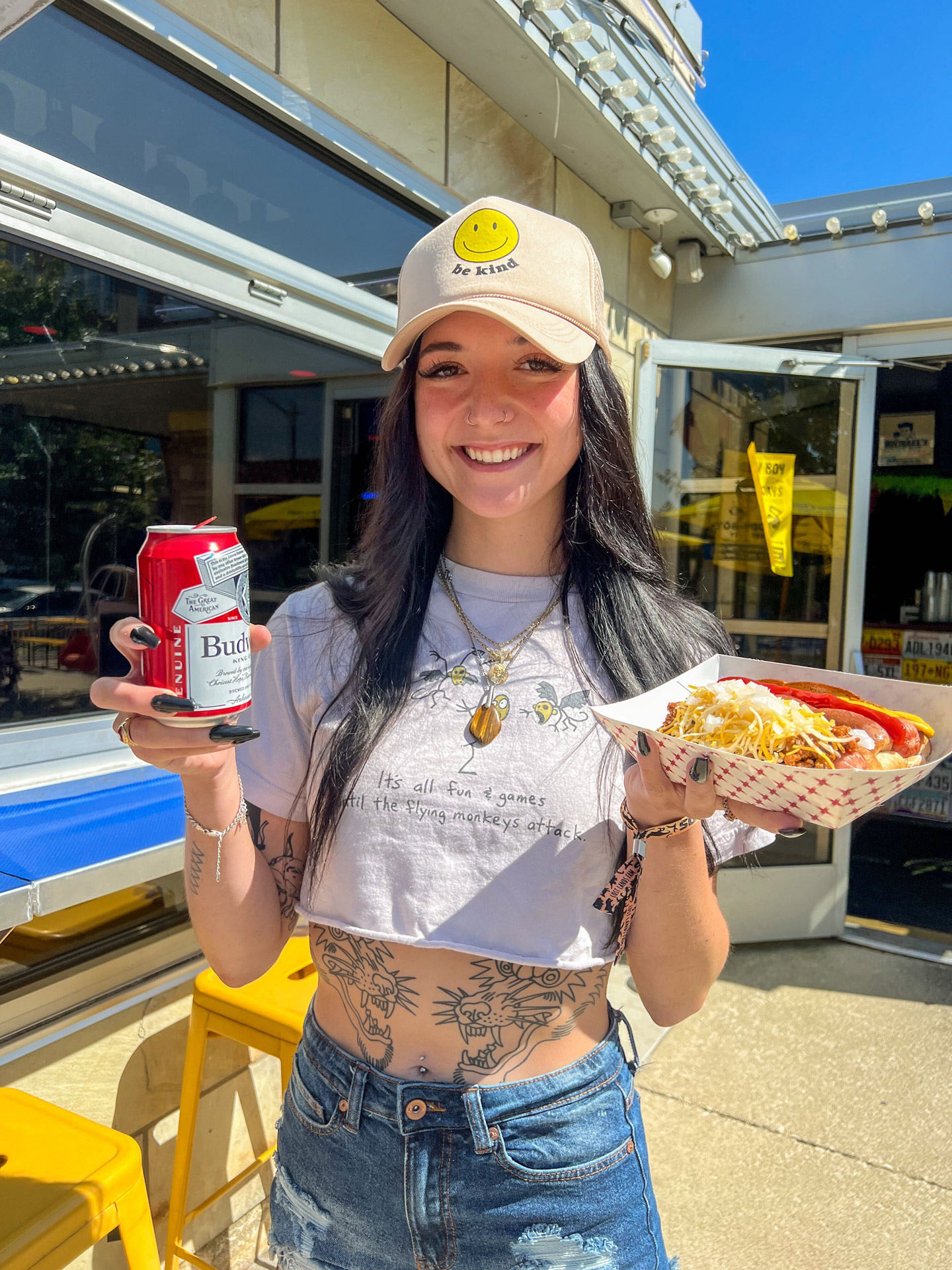 Originally from Pittsburgh, PA, Gill began bartending at Goody Boy Burger Club about four months ago. Before moving on to One Hospitality, she began bartending at Fourth Street Taproom & Kitchen where she found her passion for the craft. She later became head bartender at Big Bar where she gained a whole new outlook on the service industry.

Her favorite sister location is Forno Kitchen + Bar – the Kiwi Mule is one of her favorite cocktails in Columbus! She also really enjoys the Spicy Fried Chicken Sandwich at Goody Boy.

In her free time, Gill enjoys going to concerts and music festivals, her favorite being Lost Lands right here in Ohio! Her hobbies include cooking, scary movies and spending time with friends.

A little over two years ago, she welcomed a rescue into her home – a standard poodle mix named Coco, with a big personality. She is very grateful that Coco came into her life!

When Gill was younger, she danced competitively in Pittsburgh. Funny enough, she actually competed against the Dance Moms crew!

Grab a burger at Goody Boy Burger Club and spend some time with Gill at the bar!